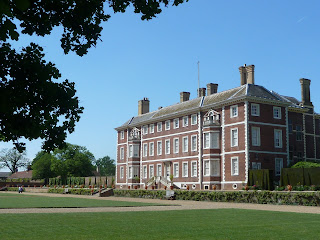 I knew I was pushing my luck when recently I tried to look around a National Trust property with my three year old in tow. I determinedly attempted to ignore her protests for a couple of rooms but had to admit defeat when she yelled "I need a poo!".  Ahhhh, works every time. 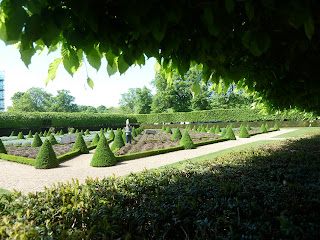 So our recent visit to Ham House completely ignored the "400-year-old treasure trove" and concentrated on following the kids trail, running around the formal lavender parterre, 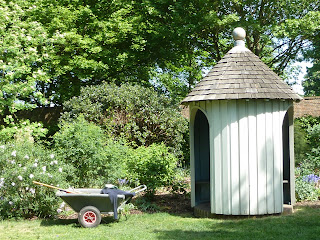 running around the informal wilderness area with its four summerhouses (I want one!) 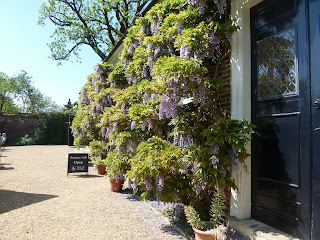 and eating the kids lunch box outside the wisteria draped tea room. 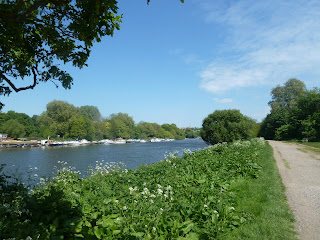 Then a quick walk alongside the Thames, back to the car.
Posted by Bishty at 10:22

Email ThisBlogThis!Share to TwitterShare to FacebookShare to Pinterest
Labels: Out and About - Spring

Please do not use my words or photos without first emailing for permission. bishtyblog(at)gmail(dot)com