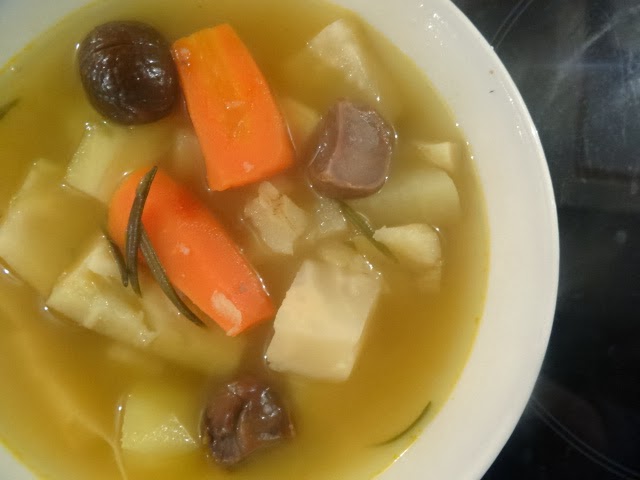 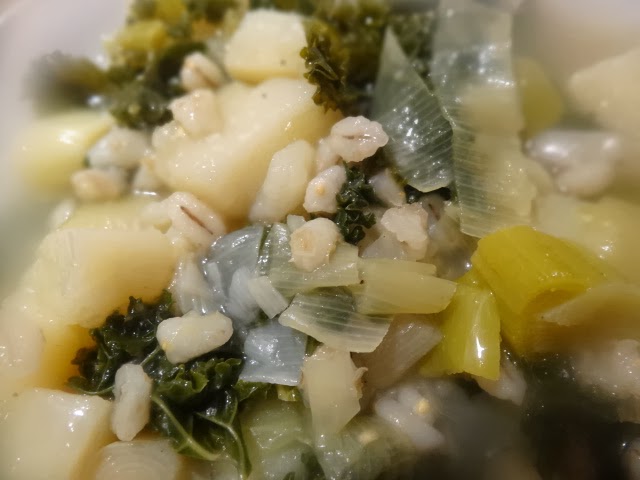 The weather has been ridiculously wet so far this year and our food has been liquidy too, or rather it's been soupy.  Of the virtuous and hearty variety.  Very January!

Both recipes are from the Waitrose Winter Harvest 2014 booklet which came with its latest magazine.  This one is a keeper, so many delicious recipes.

They are a doddle to make and packed with taste.  The veg and chestnut broth called for just 500ml of vegetable stock but I doubled that as it seemed far too little.  I think next time I will add more carrot too, just for a bit more colour against the white of the potato, celeriac and parsnip. The kale soup has 25g of pearl barley in it.  I have never cooked with it before and thought it seemed far too little but it really swells up and is very visible in the finished product.

Email ThisBlogThis!Share to TwitterShare to FacebookShare to Pinterest
Labels: Cooking

Please do not use my words or photos without first emailing for permission. bishtyblog(at)gmail(dot)com